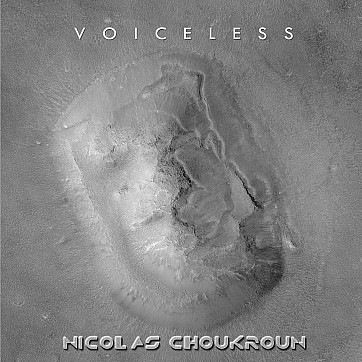 The concept of this album is to use the technology available today to play different voices, vocoder, opera, choirs, world voices. All the album is made electronicly with computers (no real natural voices). Each music has its specific color with use of electronics analog gears, orchestral arrangement and cinematic feeling.

The song "Change the World" is a little bit different, was created to support the Obama campaign and got some success through iTune and myspace. It is an universal theme and the video can be seen there : Youtube video The other songs were made using two recipes I like in general. Calm and relaxing music or energetic and symphonic. Enjoy!

My preferred from this album. It is made with rare opera voices (a tenor and a soprano) mixed with classic electronica sequences. I add a pure rock drum from the Ocean Way library to even twist the genres. It is an homage to my Grand Mother, who was a Soprano Coloratoure in her time and inspired me to learn and create classical music.

There was a challenge on the flashden.com website (an Envato affiliate). The challenge was to make a song from a short theme that they were providing. It was 7 notes. I took the challenge for the fun and never sent the result. This music is a research where I start with my take on the 7 notes with the piano, then move to a Celtic version, then to a new age/world version, then to a totally rock garage ending. It was fun to make but quite challenging at last because of the number of styles that I needed to merge to smoothly and the number os high quality sounds involved.

This part was inspired by Kate Bush. The work on the voice is to use my male voice to change it to a female one.

Made out of the Voice of Passion sound library from East West, the voice was singing Dayhobé hence the name. I am still not sure if I should shorten the sequenced part from 8 to 4 bars but I decided to left it unedited. I created this tune with the Sunrise Studio when I was in the USA, short before leaving the country.

My work on the voices would not have been complete without a World voice. This Arabian style is not too cliche I think, and I like how soft it is on the top of the electronic arrangements.

I love this song. First made with piano only, I decided to use some great sounds from East West sampled libraries to get this airy style.

This song put a good end to the album. A vocoder voice delivers a message, that later changes to a natural hip-hop black voice. This is a radio style song. I am not fan of these type of song, but somethime this come out of my brain, so I think there was a purpose for it to be in this album. I made this song to celebrate the "yes we can" election of the first black president. There was so much hope in the air at this time. Of course the result was not as good as we hopped to say the last.