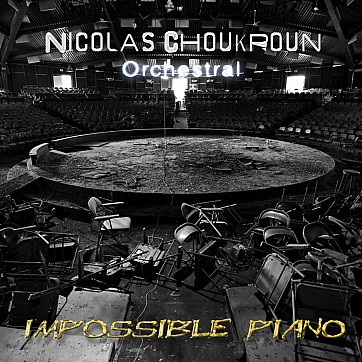 Started in 1999 and finished in 2007 this album is the orchestra version of Impossible Piano SOLO. This version is arranged for piano and orchestra piece. I wanted to made an album where the technology is not used to make weird sounds but rather to created beautiful music. So everything is done with computers as usual, but no weird fx, no fancy echoes and reverbs. Just a natural and pure sound inspired by the classical music.

What a strange name! This song was created for Aliens CBA (check Alien CBA album to listen the first version made for General Midi sound cards. I've re-arranged it for this album to be played with piano and orchestra.

This song has been created the night when I knew that she died in a car accident. It was first made for the album Dreamscape in general midi but now re-created for orchestra and piano. The next day, my ex-wife and I went to the hospital do leave some flowers in her memory.