Remember the old General Midi music? Right out from a Soundcanvas! 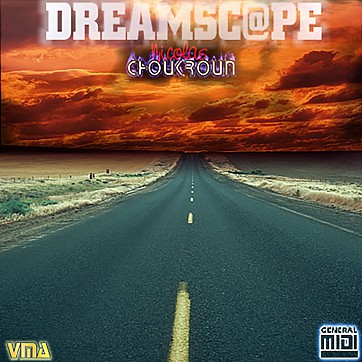 This album was made totally using a Roland Sound Canvas. in consequence it is only a MIDI file album that was published as a small application / Screensaver. I created the VMA (Virtual Music Album concept in 1998 to support the idea to sell albums that were self contained in an application that would execute like a software. it didn't worked. However being limited by the resource and power of a 1MB rom Sound Canvas and the General Midi format was quite a good experience. I had to work a deep as possible with Midi in order to get these reverbs effets to follow the music for example.

Just an happy song! I created it very long time ago when I was a teenager.

I got this feeling like this song was deep and recall the underground.

Amédé Lieres was my uncle. I named this song as an homage to him. He was a very special character and I loved him.

Alkasenzer was a paracetamol brand in France. Now you imagine the feeling I had when I created this piece.

Waltz is supposedly written in 3/4 (3 measures per time), this one is written with 4 measures, still it is a waltz.

When I was writing this song, I had this image of a bunch of ants dancing in the head.

I written that one when the princess Diana died from this weird accident (murder I would say). Very sad day. We went my ex-wife and me giving some flower at the hospital where she was resting.

I created this song with I was 16 year old, on a piano.

More or less a re-write of Necro from GEMS 1 album. So very very old songs ideas. This day was f*cking hot and I was feeling lazy, so I did a song.

I am very influenced by classical music, but this time I was in a jazzy mood, my own jazz kind of style. The rhythm is a bit of Hip Hop. Before it even exists.

This is a Mike Oldfield homage. That's why I named this song that way. Another idea from my teenage years, coming back in my brain and ending on this album.

I first created this song based on lyrics from a girl I knew when I was living in "La Paillade" and the song was named 'waiting the end'. I removed the lyrics but kept the title.